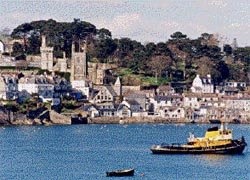 I'm off to Cornwall tomorrow for a fortnight, so am knee-deep in packing tonight. Should I take wellies? (Yes, obviously). Raincoat? (Ditto). But what about a sundress? (Tempting fate -- the weather forecast is dire). As for the books: well, Gondal-girl has very kindly sent me a book from Australia, which has just arrived and is now top of my list, so it goes something like this:
1. Svengali's Web, by Daniel Pick (thank you Gondal-girl, for proving that the web doesn't kill books, it actually saves them from extinction).
2. Journeyman, by Ewan MacColl (Ewan was my father-in-law; this is his autobiography, which I've decided to re-read, after all these years).
3. The Wouldbegoods, and The Story of the Amulet, by E. Nesbit (both are my original Puffin editions from childhood, so I hope they don't fall apart in my hands).

Yes, I know that's an odd mix, but they're the books asking to be read at the moment. I'm not packing any others, because I want to go and buy some holiday reading from my favourite bookshop, Bookends of Fowey, and catch up with my favourite booksellers, Ann and David Willmore. I'm sure there's also going to be book-buying temptations next Tuesday, when I'm doing an event at Dartington Hall with dovegreyreader. If anything of you are in the West Country, please come! It's at 5pm on July 15th at the Ways With Words festival. And as you might expect, we will be talking about Daphne.
Posted by Justine Picardie at 13:16 8 comments:

Getting ahead of the plot... 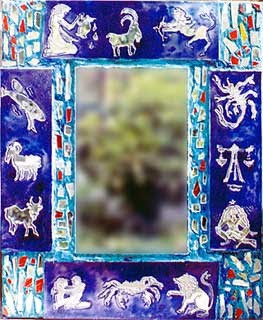 Here's a piece I wrote for the Sunday Telegraph yesterday. It doesn't seem to be online yet, but I thought some of you might be interested:

These are difficult times in publishing – the credit crunch has been squeezing the life out of books, along with everything else – but there are those in the industry who are turning to an alternative form of help, rather than the more traditional comfort of the whisky bottle. Step forward Henrietta Llewelyn Davies, a psychic astrologer with a literary client list, and an Oxford degree in English literature; except stepping forward isn’t her style. Thus is it was that it took me several weeks to track down Llewelyn Davies (or Henri as she is known to her friends); and as it happens, I wasn’t in search of an astrological consultation, but information for my book, ‘Daphne’.

Because Llewelyn Davies comes from an extraordinary family: she is related to Daphne du Maurier (hence my desire to speak to her), who was the first cousin of her grandfather, Jack Llewelyn Davies, one of the legendary five Lost Boys who inspired J.M Barrie to write Peter Pan. Her great-grandmother, Sylvia Llewelyn Davies, was played by Kate Winslet in “Finding Neverland”, and Sylvia’s father, George du Maurier, was the author of “Trilby”, the best-selling novel that introduced the sinister Svengali into popular culture.

Not that Llewelyn Davies takes after her great-great-grandfather’s fictional creation as a menacing practitioner of the black arts; when we first met, several years ago, to discuss my then as yet unwritten novel, she came across as being entirely straightforward, and also generous-spirited, given that I was proposing to turn several members of her family into fictional characters in my book. I didn’t ask her any questions about the future – we stuck entirely to a factual discussion of the past, for the purposes of my research – but in hindsight, I can see that she made an accurate prediction. When I mentioned to her that Bloomsbury would be publishing my book in May 2007, to coincide with the centenary of Daphne du Maurier’s birth, she shook her head. “I don’t think so,” she said, and though I very much wanted her to be wrong, she turned out to be right: ‘Daphne’ took me far longer to finish than I had envisaged, and wasn’t published until March this year.

Since then, she has maintained her characteristic discretion about the identity of her clients in the publishing industry, but I must say, when I invited her to the launch of ‘Daphne’, she seemed to know half the people at the party (and the other half were to be discovered huddled in a corner with her, as the evening progressed, seeking impromptu consultations). Most refuse to be publicly identified as clients, but Jeanette Winterson is an openly enthusiastic advocate of her skills. “I met Henri in 1987,” she says, “when she was recommended to me by a friend, because I wanted to learn how to draw up an astrological birth chart for a novel I was planning at the time. Henri said I wouldn’t write the novel, and she was right, but she did teach me about astrology, and a lot else besides. I didn’t want to be taught by a psychic called Doris who’d chat about ectoplasm and call me dearie. I needed someone with a good brain, who talked to me in a language I could respect. And she’s proved to be very accurate.”

She cites several examples: “Not long after we’d met, Henri said to me, ‘you really should give up karate’. I hadn’t even told her I went to karate classes, but I took no notice, and promptly dislocated my shoulder that night. Then there was the time Miramax gave me a lot of money for the film rights to one of my novels, and Henri said, rather disparagingly, ‘it will never be a Miramax film’. Which turned out to be true, unfortunately. Of course, she’s not a hundred per cent accurate – she’s not a mainframe computer – but she’s often uncannily and annoyingly right. Which is why, although she’s utterly unworldly, she has an impressive client list – I know for a fact that she sees a lot of other writers and plenty of publishing executives, as well.”

Llewelyn Davies herself admits to having advised ‘certain writers’ on their careers – even down to the nuts and bolts of plots – but the more I learn about her life, the more it seems to me to be the material for an intriguing book of her own. Her mother – also named Sylvia, after her grandmother – was a single parent; unusual in 1954, when Henrietta was born, but unavoidable, given that her father was Lionel Birch, an acclaimed editor at Picture Post, with a remarkable marital record. “He had seven wives and six children,” she says, “though he never married my mother.” Sylvia supported herself and her daughter with a career in advertising (“she came up with the slogan ‘Cheese Please Louise’”). But at 15, Henri’s London childhood came to an abrupt end when her mother died of breast cancer, and she was sent to boarding school, spending holidays at her grandmother’s house in Cornwall, where she met Daphne du Maurier.

After graduating from Oxford, she went to work for a publishing company, Hamish Hamilton, and having studied astrology as a hobby, started giving her colleagues and friends astrological readings. It was then that ‘the psychic stuff started popping out of my mouth.’ She is matter of fact about it – ‘it’s like seeing around corners’ – but such has been the demand for her advice, she gave up her job in publishing; though some might say that she still works in the industry, albeit in a rather esoteric, freelance role.

I like to think that Daphne du Maurier – whose famously terrifying short story, “Don’t Look Now”, revolves around the role of a psychic – might have appreciated this, had she lived to see her young relative into adulthood. “It was fraudulent, unhealthy,” declares the narrator of that story, after an initial encounter with the psychic, but as readers of “Don’t Look Now” will recall, such scepticism leads not to enlightenment, but a dark and dreadful end. 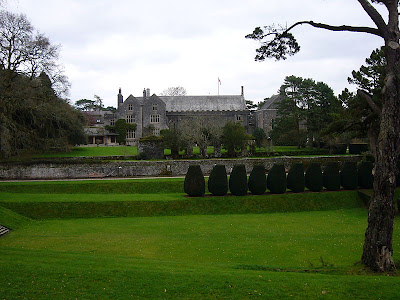 Next week I'm off to Ipswich, to talk about 'Daphne' on Wednesday July 9th at 6.30pm (at the St Nicholas Centre; telephone 01473 433100).
Then the following week, I'll be in conversation with Dovegreyreader at the Ways With Words festival at Dartington Hall in Devon (which looks like a beautiful setting, judging from the picture above).
Here's hoping I'll meet some of you at one or the other or both of these festivals.
Posted by Justine Picardie at 01:24 No comments:

Where have I been? Well, I could make excuses -- too much work, too little time -- both of which are true, but the real reason is I've been feeling unexpectedly bleak. I was going to say depressed, but that's not quite the right word for it. The sun was shining, the skies were blue, but I felt a kind of greyness around and about me.
I think it's something to do with the emptying of the nest (as alluded to in my previous post), and a sense of getting older (I've just turned 47, therefore closer to 60 than 30), and also a kind of inevitable post-natal depression after finishing a book in which I'd been so deeply immersed. So the blues were bound to happen.
Anyway, I'm surfacing, and suddenly realising how lovely the summer is, again. I've also been writing a piece about J.M Barrie -- prompted by the forthcoming publication of Piers Dudgeon's book, 'Captivated' (and a very dark story it is, too). Of which more soon...
Posted by Justine Picardie at 15:21 14 comments: