Day four at Harper's Bazaar, and a whirlwind of ideas, emails, phone calls, appointments, meetings, and the pleasure of being part of a team. My new office is filled with the scent of beautiful flowers from very sweet people, and a glorious bunch of silver balloons sent by Stella McCartney, which reminds me of Diana Vreeland... ('Why don't you tie an enormous bunch of silver balloons on the foot of your child's bed on Christmas Eve?'). Thank you Stella, thank you everyone... and here's to future flights of imagination. 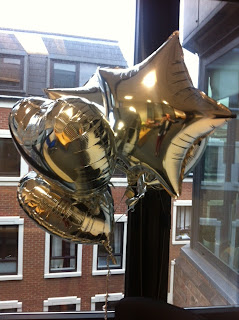 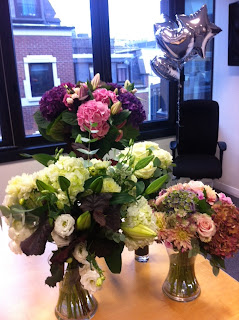 David Downton and his Masters of Fashion Illustration

Allow me to introduce you to David Downton, artist in residence at Claridges (lucky, lucky man -- although well-deserved), and a wonderful fashion illustrator. I've been a long-term fan of his work, and very much recommend his new book.
Last month we had tea together at his v.chic suite in Claridges, and here's the piece I've just written about him (and the great illustrators he so admires) for the Sunday Telegraph, or you can read it below... 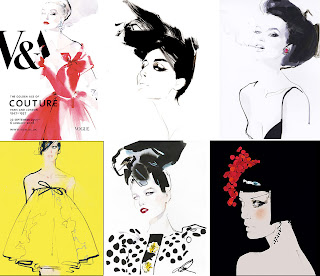 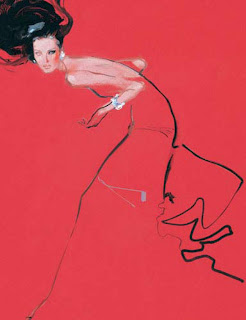 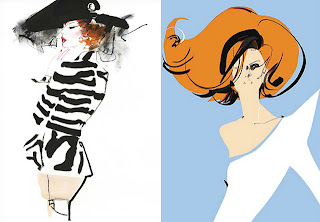 ‘What can fashion illustration do that photography can’t?’ asks David Downton; a question that he is more qualified than most to answer, given his reputation as one of the best contemporary illustrators at work today; and now the author of a handsome new book which includes a portfolio of his own work, alongside that of his favourite artists from the past. ‘It can tell an alternative story in fashion, and hold a mirror up to the times.’

Downton himself has drawn everyone from Dita Von Teese to Cate Blanchett, and covered fashion shows since his first commission to illustrate Paris couture in July 1996; but despite his privileged position in the front row and backstage (and an enviable role as artist-in-residence at Claridges), he is working in an era where photography has tended to push illustrations out of glossy magazines. Gone are the days when Harper’s Bazaar or Vogue featured the most creative of artists on their front covers: Erté, for example, (born Romain de Tirtoff in St Petersburg in 1892), who contributed original fashion illustrations to Bazaar from 1915 to 1936. As Downton observes, Erté’s Bazaar covers ‘are masterpieces of Art Deco design’, and his singular vision the catalyst for fashion in its broadest sense, from Paul Poiret’s couture to Ballets Russes costumes.

The broad sweep of Downton’s choice of artists in his book (‘Masters of Fashion Illustration’) is an indication of the genre’s capacity for innovation and ambition. Here are Giovanni Boldini’s bravura portraits of the Belle Époque, including his painting of a darkly glamorous Marchesa Casati in a Poiret gown; and Boldini’s natural successor, Etienne Drian, who was introduced to the pages of Harper’s Bazar in 1921 (the magazine’s second ‘a’ was not added until 1929), thereafter sketching the Duchess of Windsor, amongst other society beauties.

Equally striking were the images produced for Vogue in the 1930s by Carl Erickson, universally known as Eric, who recorded what Downton describes as ‘the theatre of high fashion – the Paris collections, a Broadway opening, or cocktails at the Ritz – with an effortless ease and assurance.’ At its most daring, Eric’s work inhabits a similar territory to art – the remarkable economy of line in a May 1935 cover for Vogue has echoes of Matisse – and always retained its charm, even after his descent into alcoholism.

But it was the arrival of Carmel Snow as editor at Harper’s Bazaar in 1933 that provided a wider canvas for illustrators; she commissioned Jean Cocteau, Christian Berard, and Marcel Vertès, a Hungarian artist who also collaborated with Elsa Schiaparelli, designing her striking perfume bottles and advertising. When Snow appointed the modernist graphic designer Alexey Brodovitch as art director of Bazaar in 1934, the magazine became ever more ambitious; soon afterwards introducing the surrealist work of Salvador Dali. (His first feature, entitled ‘Imaginative Suggestions for This Summer in Florida’, included drawings of evening gowns made of coral and roses.)

Not that Harper’s Bazaar had the monopoly on a golden age of illustration, as Downton’s compilation makes abundantly clear. Consider Bernard Blossac’s work for Jacques Fath and Christian Dior (‘no one ever painted the curve of a woman’s back with such languid grace’, says Downton, admiringly), and also for the French magazine, L’Officiel, where Blossac’s sketches recorded the comings and goings of fashionable Paris with a deftly elegant toch. Then there was Tom Keogh’s brilliantly colourful illustrations for French Vogue in the late Forties and early Fifties, with his iridescent palette of citrus yellow, vivid orange, emerald green, shocking pink, that look no less airily modern now than they did at the time.

But for all their élan and brio, the work of fashion illustrators was soon to be squeezed out by the predominance of a new generation of photographers – led by Richard Avedon and Irving Penn – as the publishers of Vogue and Bazaar noted that news stand sales tended to increase when a photograph, rather than a drawing, ran on the front cover. Carmel Snow battled with her legendary proprietor, William Randolph Hearst, to keep illustration in Harper’s Bazaar (and Vertès continued to contribute some remarkable covers), but in general, artists were challenged to prove that they could offer something very different to the potency of photography.

Amongst the most versatile was René Bouché, who navigated his way between advertising and editorial, fashion and reportage, society portraiture and travel assignments. His status as a Vogue fashion illustrator remained sufficiently high for him to be accorded a suite at the Crillon when he was covering the Paris collections, but it is as a portraitist that Downton most admires Bouché; particularly for the ‘lightening veracity’ of his charcoal sketches of Marella Agnelli, Jacqueline Kennedy, and Marlene Dietrich. The latter rated Bouché’s portrait so highly that she used it to advertise her concert appearances until her retirement; evidence, perhaps, of the graceful appeal of a line drawing, over and above the harsher eye of a camera. As Downton remarks, ‘I love the fact that one of the most photographed women of the 20th century should choose to be represented by an illustration.’

He also focuses on the work of Kenneth Paul Block, a forty-year veteran at Women’s Wear Daily (on staff as an illustrator until 1992), as expressive in black and white newsprint as glossy colour, and more compelling than much of the photographic competition. ‘Compare Block’s gestural, dynamic view of fashion shows in Paris or New York with the pedestrian catwalk photography of the time and the difference is telling,’ says Downton. ‘The photographs give you the detail; Block puts you in the front row.’ He also celebrates the exuberant work of Antonio Lopez, whose work embodied the spirit of Sixties pop culture and Op Art, as surely as Rene Gruau defined Dior’s New Look two decades before; and onwards to Tony Viramontes, whose dynamic illustrations of Eighties fashion are every bit as evocative of the era as a song by David Bowie.

Finally, to Downton’s contemporary portraits, which possess the grace often lacking from overly manipulated modern photography. Like all the best masters of this curiously hybrid genre, his work prompts yet another question: is it true art or mere illustration? Certainly, he is able to capture the very essence of fashion – so often regarded as the most elusive of art forms – and as such deserves to stand the test of time in an otherwise ephemeral age. 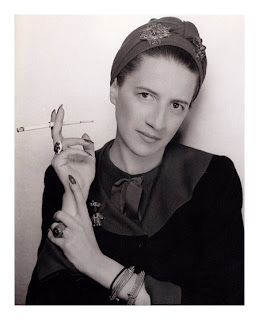 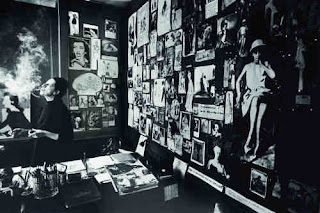 I've been immersed in all things Vreeland, as you might imagine, with my new job (though actually, she is a long-time heroine of mine, as regular blog readers will know). This month sees the release of a wonderful new film about her, that I do recommend, by Lisa Immordino Vreeland -- 'The Eye Has To Travel' (and I also urge anyone interested in fashion to read Lisa's book of the same name). Meanwhile, here is a piece that I wrote for today's Sunday Telegraph...
Posted by Justine Picardie at 06:59 13 comments: