Returning to An Arundel Tomb 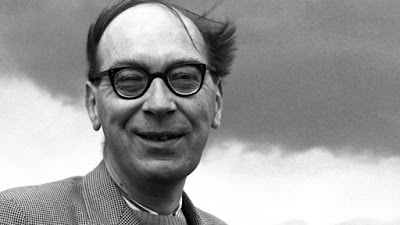 In case anyone is interested, you can catch up with a Radio 4 programme that was broadcast today, on the subject of An Arundel Tomb by Philip Larkin, already the subject of much conversation on this blog (part of an excellent series called 'Adventures in Poetry', presented by Peggy Reynolds, that has been on every Sunday afternoon for the last few weeks). I happened to be included, but that's not why I'm recommending it; Larkin's biographer Anthony Thwaite provides all manner of insight and detail, as does Peggy Reynolds. You can listen again for another week, and then it will disappear from the BBC website.
In the meantime, please don't stop posting all those inspiring seasonal reads! I've been adding to my already long list of books that I must buy, thanks to everyone's suggestions on the previous post...
Posted by Justine Picardie at 16:16 4 comments: 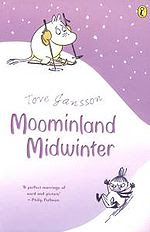 I've been nudged back into thinking about 'The Woman in White' again, in part because of catching snatches of the new serialization of the Wilkie Collins' novel on Radio 4, and also because my younger son has been reading Edgar Allan Poe (a gothic writer who seems to lead to mysterious women in white, whether mad or bad or dying or dangerous). And I was reminded of something that I wrote about in 'My Mother's Wedding Dress', which is that the woman in white has become such a familiar title -- not least because the original novel has been turned into a long-running West End musical -- that it's easy to forget how powerfully unsettling the phrase must once have been. Collins had some difficulty in coming up with the title for his novel, which was to be serialised in Dickens’ magazine, “All the Year Round” – despite the fact he had already written the opening chapter, including its eerie encounter on a moon-lit road with a “solitary Woman, dressed from head to foot in white” – but when he did decide upon it, in August 1859, and sent it to Dickens for his approval, Dickens replied: “I have not the slightest doubt that The Woman in White is the name of names, and very title of titles.” '

As it happens, Dickens had already described a woman in white of his own, some years earlier, in 1853, in an autobiographical essay entitled “Where We Stopped Growing” in his magazine, Household Words. She was a figure from his London boyhood, he wrote, seen always on Berners Street; “whether she was constantly on parade in that street only, or was ever to be seen elsewhere, we are unable to say. The White Woman is her name. She is dressed entirely in white, with a ghastly white plaiting round her head and face, inside her white bonnet. She even carries (we hope) a white umbrella. With white boots, we know she picks her way through the winter dirt. She is a conceited old creature, cold and formal in manner, and evidently went simpering mad on personal grounds alone – no doubt because a wealthy Quaker wouldn’t marry her. This is her bridal dress.”'

The wind is howling outside as I write this, and I have just come home via the old toll-gate on Spaniards Lane, that runs through Hampstead Heath. On a dark night such as this one, it isn't difficult to imagine the figure of a woman in a white dress, flitting between the shadows of the trees...

(By the way, if you are tempted to re-read 'The Woman in White', try to find the Oxford edition, with an introduction and notes by John Sutherland -- he is such a good guide to it.)
Posted by Justine Picardie at 15:40 13 comments:

Dear Diary... why can't a woman be more like a man? 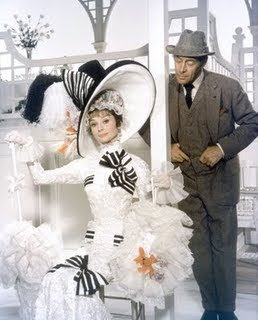 Have been immersed for the last half hour in my 16-year-old self; and now wondering, is a hardback diary the same as a blog? I definitely didn't want anyone to read my diary at the time -- and a good thing too, it's hideously embarrassing, overflowing with flighty romance, then plunging into bouts of gloom -- and yet I seemed to be writing it as much for the diary as for myself; or rather, the diary as an object appeared to be a safe place for me to air my thoughts, but also a comforting listener.
Three decades ago, on Thursday November 16th, I was studying Macbeth at school, reading Camus on the bus, and watching 'Pygmalion' for the umpteenth time, while working as a theatre usherette, tearing tickets and selling ice-creams. 'I'm getting a bit sick of Pymalion', I wrote, plaintively, 'and the ending always seems unsatisfactory -- I'm too romantic.'
I did not quote Professor Higgins; but now, with hindsight, it seems to me that I should have done so, and taken note of these lines in particular:
'I find that the moment I let a woman make friends with me, she becomes jealous, exacting, suspicious, and a damned nuisance. I find that the moment I let myself make friends with a woman, I become selfish and tyrannical. Women upset everything. When you let them into your life, you find that the woman is driving at one thing and you're driving at another...I suppose the woman wants to live her own life; and the man wants to live his; and each tries to drag the other on to the wrong track. One wants to go north and the other south; and the result is that both have to go east, though they both hate the east wind.'
At the time, I was far too busy spinning around in a whirlwind to take note of which way the wind was blowing...
PS. I don't really think a woman should be more like a man; and Professor Higgins is no more my dream date now than he was when I was 17. But GBS nevertheless worth attending to, particularly for a romantic teenager of whatever age.
Posted by Justine Picardie at 13:38 12 comments:

Have been away from the blog for the weekend, visiting my mother (who as it happens makes very good apple cake). Anyway, so many comments that need to be answered, that I thought I'd better do a new post. First things first: Virginia Woolf -- my own particular favourites of hers are 'A Room of One's Own' and 'Flush' (about Elizabeth Barrett Browning's dog, but much else besides -- life, love, art, everything, really) and her letters, which are completely brilliant.
As for the insurmountable differences between men and women: I've just been re-reading my diary from the year I turned 17, and plus ca change. There are many agonised entries about someone called Andy, my first boyfriend, who is generally unkind to me. I tell him I love him, and he tells me not to be so soppy, so I apologise. Meanwhile, a much nicer boy called Julian says he is besotted with me, but I am still pining for horrid Andy. When I finally come to my senses, and split up with Andy, he decides he loves me, but it turns out he has also been seeing his ex-girlfriend, Amanda. By this time, I am on my way to becoming involved with someone even more unsuitable. Astonishingly, I manage to take a Cambridge entrance exam, the morning after yet another agonised encounter with Andy. I am interviewed there (apparently the tutors ask me about Shakespeare and Milton), and get a place to study English. In between weeping over Andy and reading a great deal of poetry, I also develop a secret taste for the historical novels of Jean Plaidy.
More of this later...
PS. Have just checked back over teen diary, and apparently I very much enjoyed Jean Plaidy's 'The King's Secret Matter' and 'The Road to Fotheringay'; sadly, have no recollection of either of them now.
Posted by Justine Picardie at 12:42 14 comments:

... what have you all been doing? I've been thinking about houndstooth; red dresses; the postal strike (grrr; my second-hand books ordered from abe haven't arrived); the insurmountable differences between men and women; the pleasure of a hard frost in the sunshine of an early morning. And why are there so many fireworks in the days before and after November 5th? Where do they come from, and why do people let them off in the streets of London after midnight?
Also, have baked an excellent pear and ginger cake. V. good eaten warm from the oven with creme fraiche.
Posted by Justine Picardie at 16:09 30 comments: