I've been in New York since Sunday, arriving in the wake of the snowstorm otherwise known as Nemo, with the streets piled high with frozen drifts. The snow has been slowly melting for the last couple of days, slush collapsing in great heaps, although a few snowmen survived at the Lincoln Centre, which is the hub of New York Fashion Week. Anyway, I've been meaning to post these pictures that I took in my local park in north London a couple of weeks ago, during the last heavy snowfall. There's something magical about snowmen -- occasionally eerie, sometimes sad, or wistfully touching, perhaps in their suggestion of otherworldliness... and the knowledge that they will disappear (as we do, too). I love the inventiveness of whoever made the snow-dog, and the snowman in the tree. And since then, I've been thinking about snowmen and fashion; which might sound pretentious, but I hope not... there's no theory or philosophy attached to these thoughts, just bits and pieces, meandering and drifting in the midst of the babble of Fashion Week, about how that which seems frozen is also fragile. 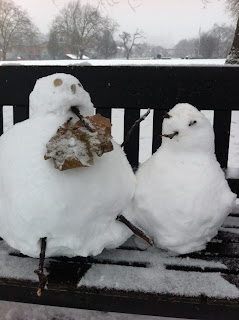 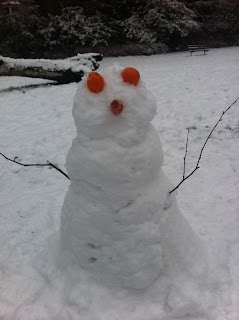 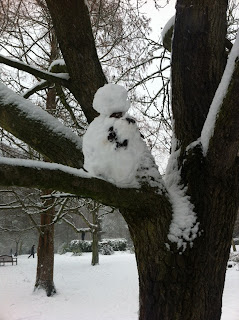 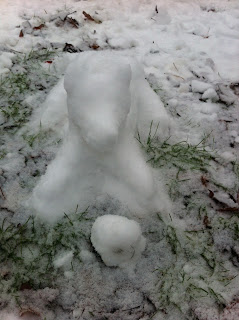 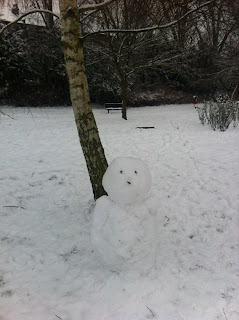 Posted by Justine Picardie at 18:35 7 comments: