Bowood and Byron; rhododendrons and more... 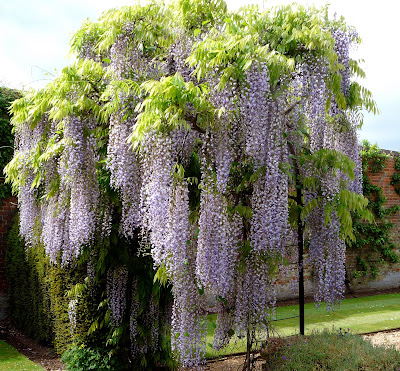 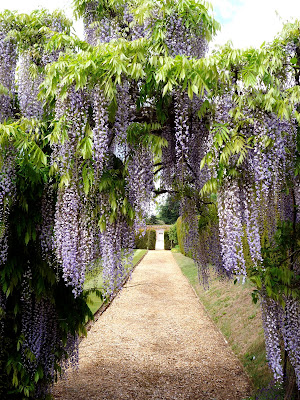 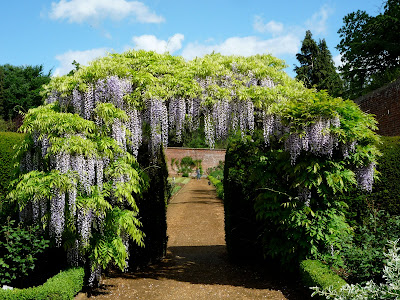 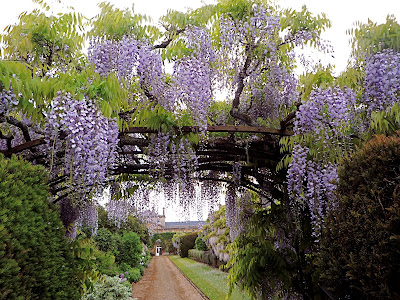 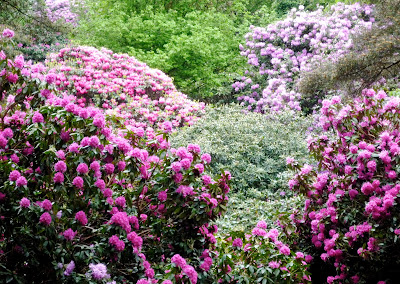 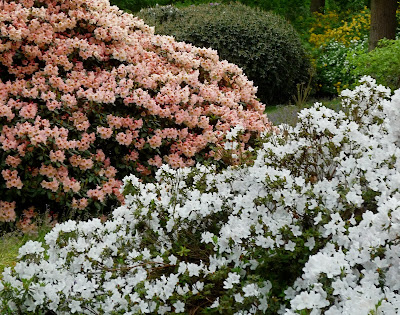 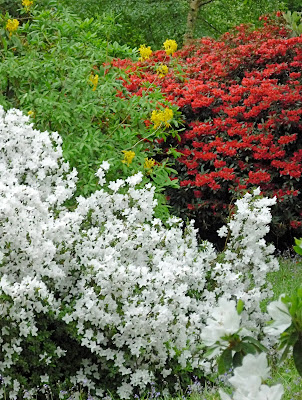 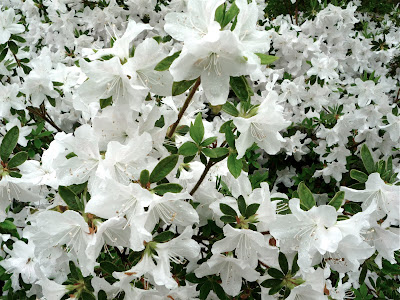 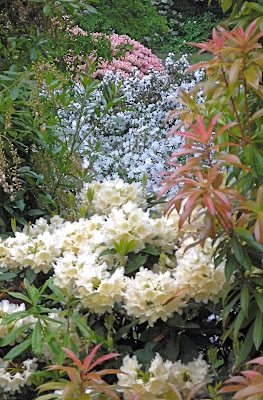 Scribbling past midnight in the moonlight 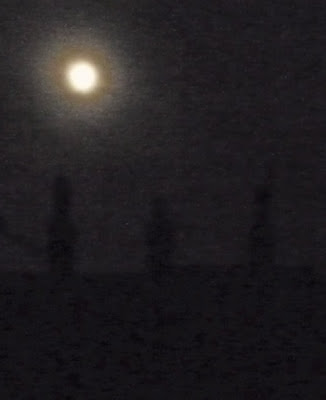 Apologies for long silence; have been submerged in final corrections of final proof of my Chanel book; working until the dark hour before dawn, far too many late nights in a row, and longing to be finished. But I do have the company of the full moon tonight, casting the loveliest pearl light over the rooftops and the garden.
Posted by Justine Picardie at 16:51 6 comments:

Piecing a puzzle of Scott Fitzgerald 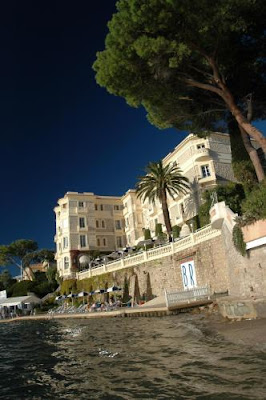 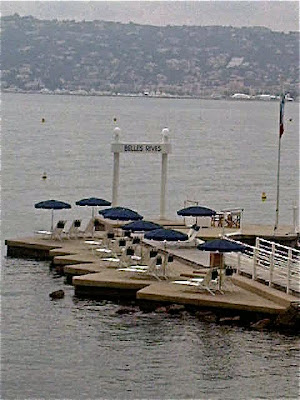 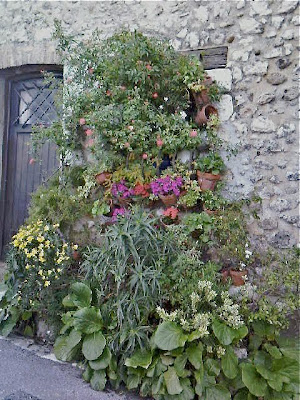 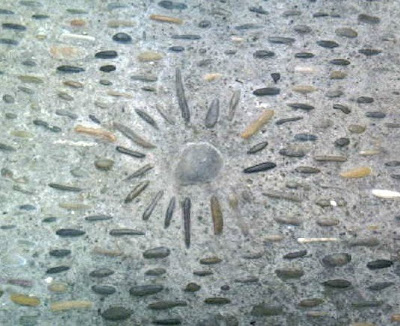 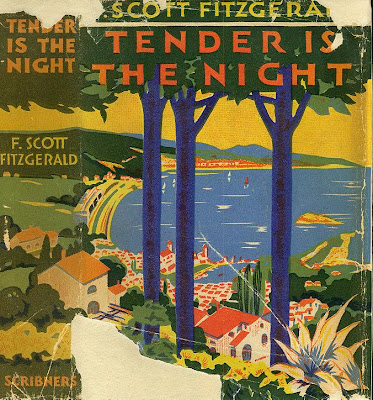 Where to begin? At the end, perhaps, as I've been in the final throes of fact-checking and proof-reading my book about Coco Chanel; and therefore now lurching in and out of the grip of jittery nerves and over-tiredness. One of my eyes is twitching -- not a good look -- and both are ringed with dark shadows. But still, the last stage of the journey has been as inspiring and intriguing as its earlier steps; and serendipity landed me in the right place at the right time, with a trip to the south of France. I was trailing Coco, of course, as always, but a sideways swing led to St Paul de Vence, that beautiful eyrie in the hills beyond Nice, and from there to the semi-imaginary landscape of Scott Fitzgerald's 'Tender Is The Night'. It still exists, although Scott and Zelda's rented villa on the beach at Juan les Pins has been remade into the Hotel Belles Rives. I sat on its terrace beneath a grey sky, a few days after the coast was battered by ferocious waves (the wind had whipped up stormy seas all along the Riviera, turning the Cote d'Azur into something darker); weather which somehow seemed true to the melancholy spirit of 'Tender Is The Night'. Notes to self: the title comes from Keats' Ode to a Nightingale, forming an epigram to Fitzgerald's novel:
Already with thee! tender is the night...
But here there is no light,
Save what from heaven is with the breezes blown
Through verdurous glooms and winding mossy ways.

And here is Fitzgerald's setting of the scene:
On the pleasant shore of the French Riviera, about half way between Marseilles and the Italian border, stands a large, proud, rose-colored hotel. Deferential palms cool its flushed façade, and before it stretches a short dazzling beach. Lately it has become a summer resort of notable and fashionable people; a decade ago it was almost deserted after its English clientele went north in April. Now, many bungalows cluster near it, but when this story begins only the cupolas of a dozen old villas rotted like water lilies among the massed pines between Gausse’s Hôtel des Étrangers and Cannes, five miles away.

I know that many readers of this blog are as entranced as I am by 'Tender Is The Night', and intrigued by its possible clues to the Fitzgeralds' marriage, as well as its fictional diversions and reinventions. Hence my pilgrimage to the Belles Rives, and thereafter to the Colombe d'Or in St Paul de Vence, where legend has it that Scott and Zelda dined one evening with their friends Gerald and Sara Murphy (to whom Tender Is The Night is dedicated). The story goes that when Gerald introduced Scott to Isadora Duncan on the terrace of the Colombe d'Or, the dancer ran her fingers through his hair, whereupon Zelda leapt down a dark stairwell, or off the terrace, or from a stone parapet into the darkness; a suicidal jump that left her bloodied and bruised, but still alive.
Not that my own journey was simply devoted to the memory of dead writers; nor was it entirely overshadowed by rainclouds. The sun came out at the Hotel du Cap (surely the most glamorous place in southern France to drink tea on a Sunday afternoon, as well as the most terrifyingly expensive; how did the Fitzgeralds ever afford to come here, when he was an impecunious writer?) -- and shone on the hillside paths of St Paul de Vence, where stars are made out of stones, and the walls grow spring flowers...
Posted by Justine Picardie at 13:18 28 comments:

May blossom and birthdays 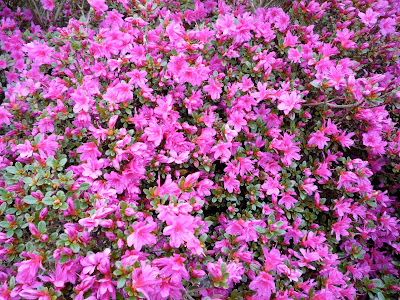 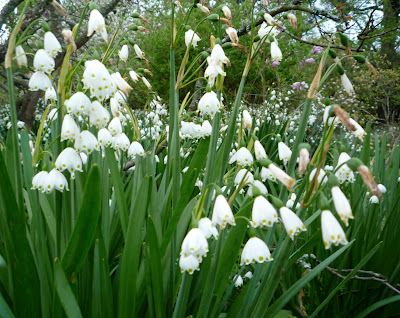 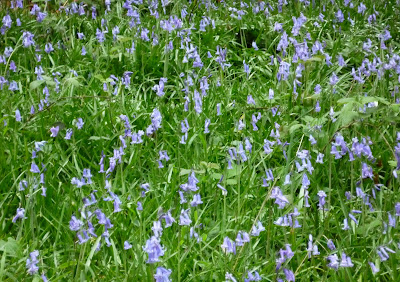 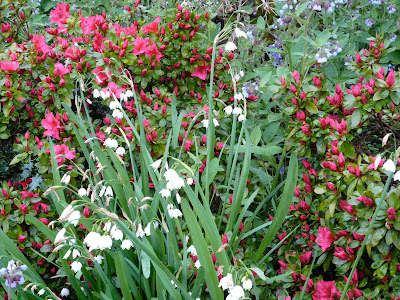 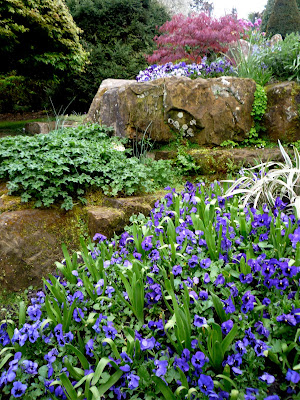 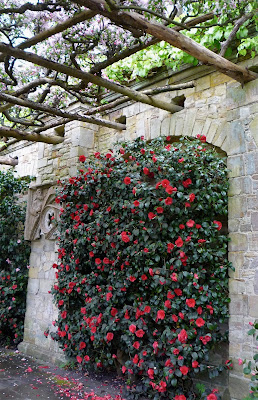 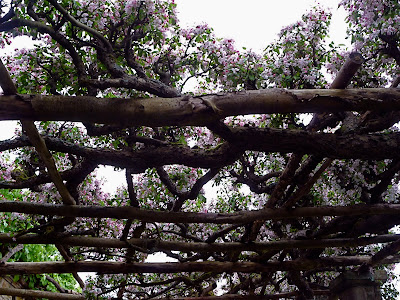 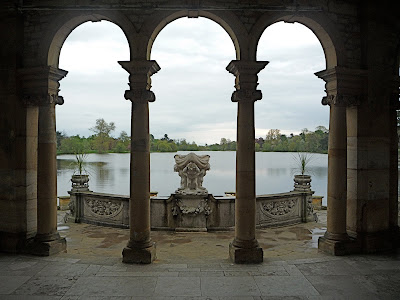 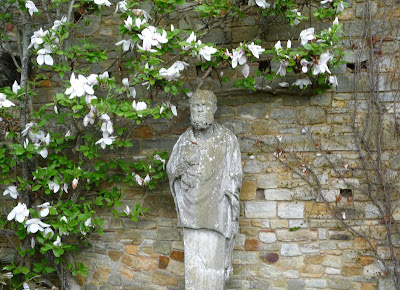 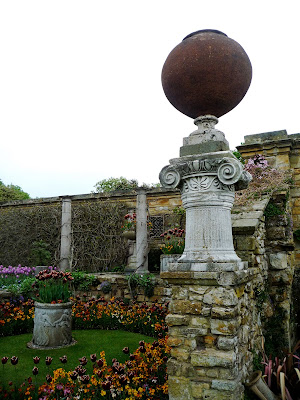 Bank holiday weekend, and the rain came down, but there were also moments of sunshine. My sister's birthday was (would have been?) on Mayday, and it seemed appropriate to visit a garden that she loved, as well as discovering a new one (which was in fact a century old). Saturday started with a welter of traffic jams and road blocks in London, all of which conspired to deliver us to a gridlocked Piccadilly Circus, the worst place to be when you are longing for greenery. I muttered about mercury retrograde, but praise be to a good-tempered traveling companion, who also came up with this quotation from John Ruskin (very encouraging in the drizzle, crawling through city streets and suburban bypasses on the way to Kent): "Sunshine is delicious, rain is refreshing, wind braces us up, snow is exhilarating; there is really no such thing as bad weather, only different kinds of good weather."
Finally, we reached Hever Castle, just as the Maypole dancers were retreating into a tent for a cup of tea. The castle itself is extraordinary; the childhood home of Ann Boleyn, restored by William Waldorf Astor in the early years of the twentieth century. There is a moat and drawbridge, battlements and minstrel galleries, suits of armour and tapestries; along with everything else that castles are supposed to possess. I loved seeing inside, but outside is almost more miraculous: the beautiful gardens and vast lake that Astor created; a landscape that looks as if it were inspired by a Romantic idea of Classical symmetry, with the wildly imaginative addition of Gothic waterfalls and rockeries. The camellias are in full bloom, the wisteria budding, the tulips flowering; an English garden at its most splendid and eccentric and inspiring. Far too much to see on one visit; I already want to return to explore more of its hidden corners, as well as its grand designs.
From Hever Castle to Gravetye Manor, a garden that my sister loved; which is why she chose to come on her wedding night, thereafter for high days and holidays, and once more in the last months of her life. It is hidden away at the end of a long drive, surrounded by acres of woodland; quiet even in this congested corner of southern England, apparently untouched by exhaust fumes or motorway dust. How blessed to see Gravetye on a Mayday, with its banks of bluebells and expanses of rhododendrons, and the wonderful magnolias that my sister admired so much; to discover that here is a garden that still flourishes, a testament to the longlasting legacy of William Robinson, who cherished this place for half a century.
The evenings are so light now, even when the sky is grey; I walked along the terraces overlooking the lake, then followed the paths weaving around vast rhododendrons, less sinister than those evergreen giants that loom out of 'Rebecca'. On the edge of the garden, an iron gate was unlocked; I went through it, and into the edge of the dark woods, where a deer stood very still, as if waiting for me to disappear. I stood watching the deer, and it watched me; neither of us moving, in the moment when time seems to hover as dusk falls; then moves on again, swift like the deer.
Posted by Justine Picardie at 13:54 13 comments: