Dancing on the edge... 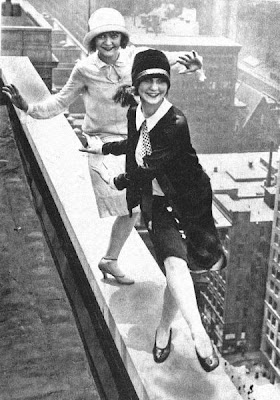 Have been writing, writing, writing, scribbling in the midst of these turbulent times. Here's my piece in today's Telegraph; for more, read Zelda and Scott Fitzgerald's letters ('Dear Scott, Dearest Zelda')... and do have a look at Kerry Taylor's forthcoming auction.

Recently, when glued to the gruesome news, I veer between terrible anxiety that we are all tipping into a financial abyss, and the hope that everything will turn out to be fine; or rather, that we have survived similarly uncertain times before, dancing on the edge of a precipice. As for the reported expansion of the European Financial Stability Facility bailout fund, I confess, I tend to forget the acronym, but not the numbers: one trillion euros. I cannot conceive of what this figure means, but instead find myself thinking of a snapshot from December 1926, of two young flappers demonstrating the Charleston on a Chicago rooftop, teetering above a great drop. They were dancing three years before the Wall Street Crash, when bankrupts jumped off parapets, but just a month after American Vogue had hailed Chanel’s little black dress as the future: knee length, sleek, and modern as the new automobiles (‘Here is a Ford signed Chanel’).

Nine decades after ‘flapper’ entered the English language – to denote a girl ‘somewhat daring in conduct, speech, and dress’, according to an early dictionary reference – it is difficult to understand the consternation caused by their appearance. In 1922, the US Secretary of Labour denounced the ‘flippancy of the cigarette-smoking, cocktail-drinking flapper’; this season, the term has had some currency again, but only in relation to the resurgence of Twenties-inspired beaded party frocks. Gucci’s black and gold Jazz-Age dresses, central to the brand’s spring/summer 2012 catwalk collection, are already in evidence in Hollywood (Evan Rachel Wood channelling Clara Bow – the original ‘It-girl’ -- with cropped hair and crimson lipstick on the red carpet this month). The High Street has also paid homage to the Great Gatsby, most notably with Wallis’s 1923 collection, based on designs from the label’s pattern archives; clever Wallis, with prices at under £100, yet gleaming with the subtle patina of sartorial history.

Most authentic of all, however, is the forthcoming Kerry Taylor Auction, which will take place on Tuesday (the viewing starts tomorrow at the Royal Opera Arcade in Pall Mall). The items on sale include Elizabeth Taylor’s golden couture pieces, Audrey Hepburn’s ivory lace gown, the Duchess of Windsor’s patent leather handbag, and an early Gabrielle Chanel flapper dress, in beige crepe de chine, dating from 1920. The estimate for the latter is upwards of £6000 pounds, giving weight to the overused phrase, ‘investment dressing’, not that the lucky buyer is likely to wear such a valuable museum piece. Eurobonds or couture originals? If I had any money to invest, I know which I’d prefer…
Posted by Justine Picardie at 14:54 10 comments: 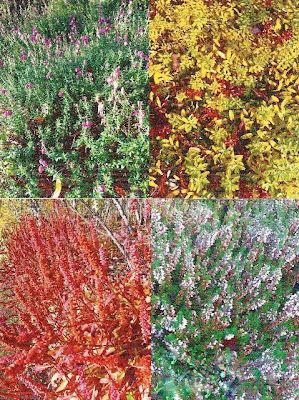 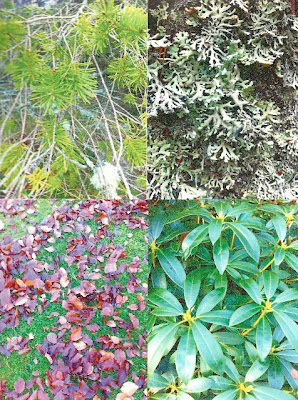 ... and enjoying the autumn colours and mists. Since my last post, I've re-discovered the joy of St James' park (the ducks and swans; the great swathes of green hidden in the middle of the city), and got lost in Westminster (I thought I knew the streets of central London so well that I'd never lose my bearings again, and then all of a sudden, I was foxed by a maze of side streets between Victoria station and the back of Buckingham Palace). Up in Scotland last week, the leaves were still vivid, though falling fast, and in Berlin the day before yesterday, they were swirling across no-man-land...
My head is still reeling from my first ever trip to Germany (to Berlin and Hamburg, for the new German edition of Chanel), but my feet have kept me grounded, even on those journeys where I have lost my sense of direction, and then returned me to more familiar territory...
Posted by Justine Picardie at 10:01 9 comments:

Bibliotherapy: What to read when the clocks go back... 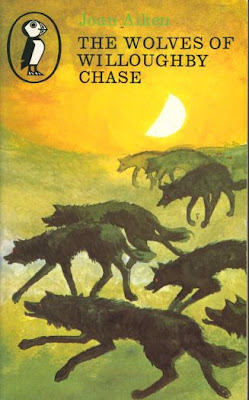 Try as I might to be a rational stoic, my heart sinks when the clocks go back, and autumn turns to winter. It's not cold outside -- rather unseasonably mild, as it happens -- but I still dread the encroaching darkness. So, time to return to The Wolves of Willoughby Chase by Joan Aiken, which was first published in 1963, but remains as gripping as the day when I discovered it as a child (the Puffin edition in the late 60s -- do you remember the days of the Puffin Club, when a paperback cost 2 shillings and sixpence?).
If Bonnie and Sylvia can defeat the evil Miss Slighcarp -- and outrun the wolves that inhabit this alternate history of England, where King James III acceded to the throne in 1832 -- then I, too, can face up to the black shadows of winter.
Here is the opening paragraph: be of good cheer...

'It was dusk -- winter dusk. Snow lay white and shining over the pleated hills, and icicles hung from the forest trees. Snow lay piled on the dark road across Willoughby Wold, but from dawn men had been clearing it with brooms and shovels. There were hundreds of them at work, wrapped in sacking because of the bitter cold, and keeping together in groups for fear of the wolves, grown savage and reckless from hunger.'
Posted by Justine Picardie at 10:59 20 comments: