I was feeling somewhat low yesterday -- cold-ridden, coughing, melancholy -- and happened to hear an adaptation of The Waste Land on Radio 4, which included T.S Eliot's own readings, along with the voice of Ted Hughes, and a new recording by Lia Williams. The interweaving of the three brought the poem alive again for me, and as is often the case, the very bleakness of Eliot's writing seemed somehow bracing. It's more complicated than that, of course -- this poetry is troubling, sinister, mysterious -- but whenever I return to The Waste Land, I find a kind of solace there, rather than misery.
Posted by Justine Picardie at 02:21 8 comments:

Couture in a cold climate... 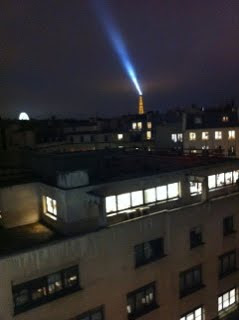 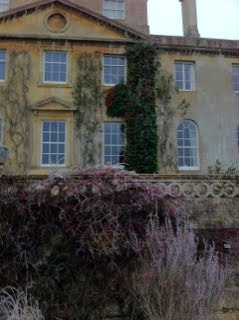 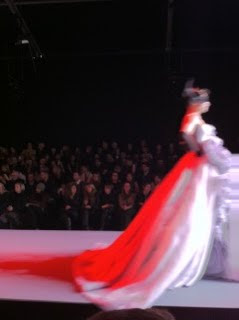 Just back from Paris, where the lights of the Chanel atelier at Rue Cambon burned brightly, even at midnight after a triumphant couture show. There were ghosts and feathers in the Dior collection, fluttering within a vast marquee on the lawns of the Rodin museum; and Galliano's palette of pinks and reds reminded me of the frozen flowers in the winter gardens of Bowood (as well as the more obvious reference, a salute to Rene Gruau, the drawer of Dior).
Paris was alluring, as always -- more evidence, as if I needed it, of how attached I remain to Mademoiselle Chanel (whose apartment I visited again, yesterday, its atmosphere subtly different in daylight, and filled with voices of the living, rather than the dead) -- but home is comforting, especially as I am snuffling and sneezing. Time for bed, at last, beneath my faded rose-pink eiderdown...
Posted by Justine Picardie at 15:20 15 comments: 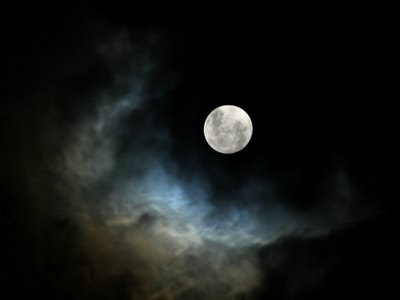 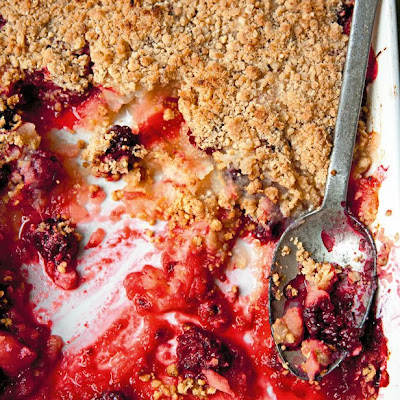 Here is the new Red website... I very much like the look of the recipe for fruit crumble, although I am planning to cook my own version of Eve's pudding tonight, using pears instead of apples, and adding a taste of ginger to the sponge topping.
The temperature is dropping again outside -- white frost icing the lawn this morning -- but I love the clear blue skies, after days of rain. Now a full moon is rising, and the fire is flickering inside; the kind of evening that makes me think of Elidor, and the childhood longing for a glimpse of magic in the darkness, beyond the lamplight, just out of reach...
Posted by Justine Picardie at 10:09 10 comments:

The King's Speech and the Queen's clothes 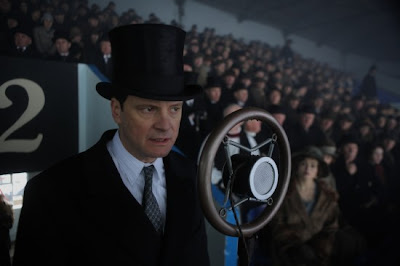 I am writing this whilst waiting on the phone to speak to a call centre. ('Thank you for your patience; please hold, and one of our advisors will be with you as soon as possible'; dum di dum di dum). Woke up this morning feeling somewhat bleak in the rain, but have ordered myself to show stiff upper lip, inspired by seeing 'The King's Speech' at the weekend. Not that a stiff upper lip was necessarily very helpful in curing the King's stammer; but anyway, it is an excellent film, and deserves all of its many plaudits. Oh, and I very much liked the blue hat and dress that Helena Bonham Carter wore in the scene in which she and her husband visited Balmoral Castle, where they are dismayed to discover Mrs Simpson in residence, and a great deal of drinking and dancing going on... Rather pleasing to see Wallis as less glamorous than usual portrayals (there is such a thing as being too rich and too thin) and the plumper future Queen Mother eating sweets in the back of a car, but still retaining a chic sangfroid.
Posted by Justine Picardie at 09:09 7 comments:

Fireworks in the rain?

6pm, and I've just got home -- did anyone else get caught in the deluges of this afternoon? -- with a bunch of beautiful white roses. Anyway, someone is letting off fireworks nearby -- slightly damp squibs, if I'm honest... Why, I wonder? Is it a reaction to the gloom of January? Or a local festival of the light? Very odd...
Posted by Justine Picardie at 10:01 7 comments: 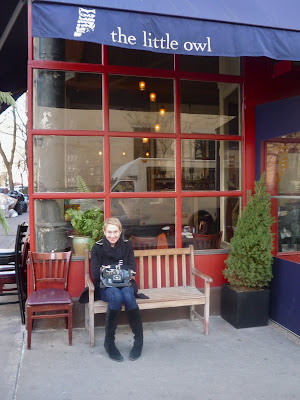 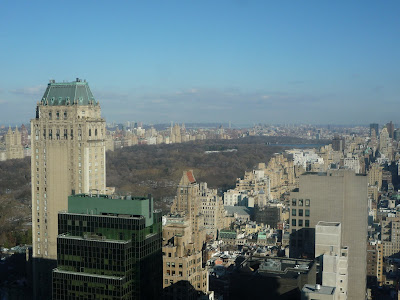 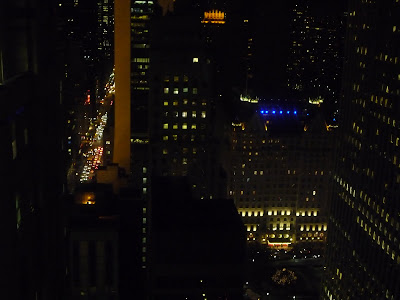 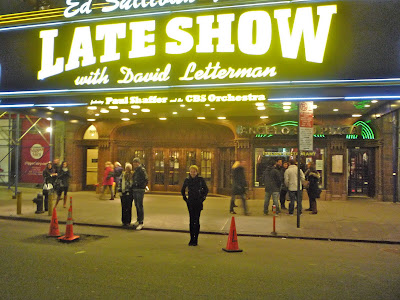 Sorry to be so belated with the blog -- after Christmas, I embarked upon a journey that involved so many snow-related delays that we ended up on a flight from London to New York that was diverted to Montreal at the last minute, then from Montreal to Chicago to Tampa to Miami. Thus began three days and two nights in assorted airports, all of which look, smell and sound spookily alike... But I know other people had even more frustrating delays, and the hours in various limbos sped up while I read John Le Carre's latest book ('Our Kind of Traitor') and 'A Week in December' by Sebastian Faulks; both of them big, dark, state-of-the-nation novels that felt somehow appropriate as narratives to accompany my jet-lagged zigzagging across time-zones and national frontiers.
Anyway, when I did get to New York, it was completely wonderful: we ate delicious food (downtown at the Little Owl and Barbuto in the West Village, uptown at the Mark); drank cocktails at the King Cole bar at the St Regis; and stayed in what is now my favourite ever hotel room, on the 39th floor of the Four Seasons, with a view over Manhattan and Central Park that made me very, very happy. Met the producer of the David Letterman show, and ascended to the heights of his office at the CBS tower (v. thrilling). Shopped for brilliant sale bargains at J.Crew (how I wish we had a London store, though you can get some of the range at net-a-porter), and bought the perfect pair of black velvet trousers and a soft tweedy black and cream cardigan (I like to think Mademoiselle Chanel would have approved of the latter, in the knowledge that imitation is the sincerest form of flattery).
Back in London again, facing the expanse of 2011. I've been clearing out cupboards and drawers -- trying to do at least one a day -- a task that I put off while working on Coco; and finding it both therapeutic and occasionally overwhelming.
Tiny shoots of green grape hyacinth stems are appearing in the back garden, though later than usual, and I fear the squirrels have eaten a great many of the tulip bulbs I planted last year. But now that the snow has melted, spring seems a little less distant than before, and I've been reminding myself that the days are lengthening, if only by a few minutes. I've sometimes struggled through Januaries in previous years, although this time (fingers crossed, wood touched), I'm feeling braver than before, and resolved not to wish the days away, but to embrace the month, as a time to potter and bake and nest, and make some plans and wishes as well...
Posted by Justine Picardie at 02:48 17 comments: