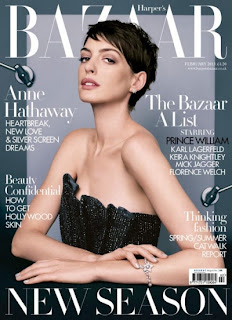 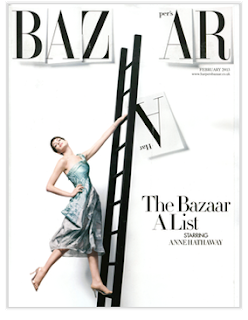 In a flurry of packing for a trip to Paris tomorrow, to see the couture shows, but crossing my fingers that I get there. Eurostar has just cancelled my train in the morning -- snow on snow on snow -- so I'm hoping to squeeze onto the next one, because it would be very sad to miss Dior couture. Meanwhile, here is the February issue; hope you enjoy it... (and if you do, please consider subscribing; though I know some of my lovely blogosphere friends have already done so, for which many thanks!).
Posted by Justine Picardie at 15:26 13 comments:

Hawks and the Little Owl in Manhattan 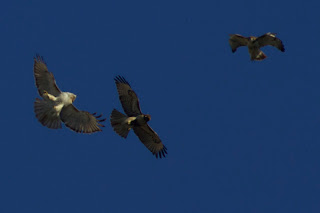 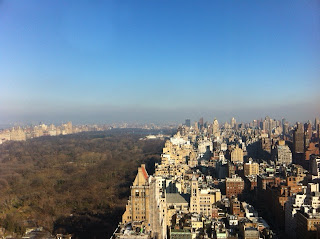 I'm just about to board a flight home to London from New York, but just had to post about the wondrous sight of red-tailed hawks from our room at the Pierre hotel, overlooking Central Park. The picture at the top comes from a website devoted to the Manhattan hawks (named after Pale Male, the original founder of this extraordinary urban colony), and until I saw the hawks for myself, at dawn on Saturday morning, I'd never known of their existence. Since then, I've been watching them from my eyrie at the Pierre, in between meetings at the Hearst Tower (although that's another story; first, I feel I need to read more about Citizen Hearst Himself).
Oops, flight has just been announced, so had better rush, but before I go, I must also mention the loveliest downtown restaurant, the Little Owl, of which more later...

Apologies for the abrupt departure; home again in London now, and drooping somewhat with jet-lag and a long day at the office. Anyway, back to the Little Owl, a Greenwich Village neighbourhood restaurant that serves the most delicious food, in an atmosphere of friendly good cheer. I went a couple of years ago, and wondered if it could be as good again on this trip, but it was... so I'm already looking forward to a return visit next month during New York Fashion Week. (Roasted cod with squash risotto or crispy chicken with lemon, sherry and dijon? Yum yum...) Which may be why I've suddenly been overcome with a craving for chocolate, but there is none in the house, so will have to make do with Horlicks instead. Night night.