Bibliotherapy: What to read in an English January 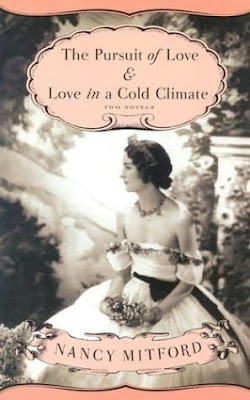 We’re about to face the most depressing week of the year – at least according to a mathematical equation which calculates misery according to lack of daylight, mounting debt, failing resolutions, and fading Christmas cheer – and the traditional remedy for January blues (booking a summer holiday abroad) won’t be available to most of us, given the plummeting pound and dire job prospects. Which is why I am re-reading ‘Love in a Cold Climate’ for the umpteenth time, as a reminder of the delights of England.

The fact that Nancy Mitford was living in France when she wrote the novel (first published in 1949) might explain its evocativeness, born out of a powerful nostalgia for a place that is both imaginary, and also vividly real. For ‘Love in a Cold Climate’ is a hymn to Englishness; or as Philip Hensher observes of it, ‘Everyone returns, in the end, from Paris or India or Sicily to England, and everywhere else seems thin and inadequate besides the ecstatic vision of the land.’

There are those, of course, who will dismiss Mitford’s work as snobbish or unrealistic, or point out that her description of the privileged classes in a vanished era no longer has any contemporary relevance. But that argument could equally well be applied to Jane Austen, and life would be sadder without these most English of novelists. If Mitford takes her title from a line in George Orwell’s ‘Keep the Aspidistra Flying’ – ‘It is not easy to make love in a cold climate when you have no money’ – then her account of the struggle to find love, and in doing so upsetting the conventions of social order, is no less subversive. After all, Cedric Hampton, one of Mitford’s most memorable heroes, is a homosexual from Nova Scotia, who proves himself to be sufficiently lovable to thaw the disapproval of his new-found English relatives.

Hence Cedric forms the antidote to wintry discontent; and as Fanny, the novel’s narrator, declares at the outcome, ‘I thought the whole thing simply splendid, since I like my fellow-beings to be happy and the new state of affairs at Hampton had so greatly increased the sum of human happiness.’ Which is, perhaps, the only sum that truly matters, even as more bills thump through the letterbox this month.
Posted by Justine Picardie at 03:31

Thanks for this Justine! You're right about January being an awful month - I'm really taking a dislike to it this year. But your recommendation is at least helping me to KEEP my resolution of buying no books until Easter, as I have Nancy Mitford's novel on my to be read pile, as well as 'Keep the Aspidistra Flying'!
Hope your January is proving to be happier than the national average!

Enjoy Mitford and Orwell -- two sides of a different coin. And at least the sun is shining today...

That it is, and I have two interviews next week, so maybe the January curse is lifting!

Coincidentally, I have 'Love in a Cold Climate' on my windowsill, waiting for the right moment to be read. Even though I woke this morning to brilliant sunshine (rare in Seattle in January), it seems just the thing to curl up with when I come home from work tonight.

I have to admit to a great love for English literature that captures that vanished era (or indeed, any period between the late eighteenth century to about the middle of the twentieth). To a young Chinese-American girl growing up during the last decades of the twentieth century, the England of these novels that I devoured all throughout my teens had the allure of a faraway planet. It was a place, as you aptly put it, "both imaginary and also vividly real," a fantasy grounded in memories of someplace real, which was perhaps a great part of its appeal.

Oxford Reader: Good luck with your interviews tomorrow.
And Kairu, I know exactly what you mean; and I find myself returning over and over again to the interwar period of writing, in particular -- Scott Fitzgerald, Nancy Mitford, Evelyn War, Rosamond Lehmann, Daphne du Maurier. I don't know quite why the novels of that era still have so much pull -- but they definitely tug at my heart...

You are dead right about the irrelevance of relevance - if you see what I mean. If the upper classes are not relevant to my life neither is the world of Moll Flanders but no-one suggests we shouldn't read that. Surely it is what the author does with the world depicted and the inner lives of the characters that populate that world, that are important.

I've never heard that phrase before -- the irrelevance of relevance -- but it is absolutely perfect. You have such a good way with words!

I had visions of his various spats and tiffs; his cruelty and wit.

But most of all, I picture him in Yugoslavia, as the Luftwaffe bomb and strafe his cottage.

Wearing a luminescent white coat, to the horror of Randolph Churchill, Waugh strolls toward the trench.

As the bullets spray, Churchill screams and swears, ordering him to take off the coat.

Waugh calmly, casually descends into the trench. 'I'll tell you what I think of your repulsive manners,' he says to Churchill, 'when the bombardment is over.'

And that was that. You have to love Evelyn War.

(Excuse the interruption. I hopped here from Gondal-girl's blog.)

Details at this point on the watch from Breitling Watch are zero except for what you see above - so I need to give you the "Ariel predictions." Size of the steel Navitimer World will be at least 44mm wide, perhaps a bit larger. Montbrillant Datora will have a slightly domed sapphire crystal and lots of durability. Water resistance will be at least 300 meters, but could be much higher given Breitling Avenger competition and the ability for its owners to have bragging points.