Bibliotherapy: what to read during travel delays 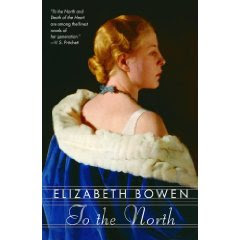 Recently, while waiting at chilly train stations or airless airport terminals, in a ghastly limbo between leaving and arriving (a state that also seems to reflect an unhappy state of mind, when one dreads what lies ahead), I have been re-reading Elizabeth Bowen’s masterpiece, ‘To the North’. Set in the Twenties, but first published in 1932, the novel begins with a train journey and ends with a car ride, and traces the paths – both geographical and emotional – of the two young women who travel across its pages.

Cecilia Summers is recently widowed – somewhat cold-hearted, despite her name – and shares a house in St John’s Wood with her gentle short-sighted sister-in-law, Emmeline. Bowen’s novel has the crisp comedy of Evelyn Waugh, and its characters inhabit a world of cocktail parties and country houses, of Bright Young Things who glitter with icy brilliance; but like Waugh’s ‘A Handful of Dust’, ‘To the North’ is also a story of heartbreak and despair, of journeys that end in oblivion; of missed connections and the distance between those who should be joined by love.

Thus Emmeline runs a small travel agency, and is brought alive by the idea of the places that people might go, even as she remains at home. “Our organization is really far-reaching… We can tell anyone almost everything: what to avoid, what to do in the afternoons anywhere – Turkestan, Cracow – what to do about mules, where it’s not safe to walk after dark.” But she is too innocent to know how to avoid danger when it is invited into her home by the careless Cecilia, in the form of a predatory man, Mark Linkwater.

He seduces Emmeline, and she gives her heart to him; unaware that his very name is a signpost to a miserable destination, for he is as slippery as oil-slicked water, unable to commit to a solid link; a man who marks those do not defend themselves from him.

All of which might sound like gloomy reading for a delayed traveller, but Elizabeth Bowen – a writer with an exact understanding of the misunderstandings between men and women – is a marvellous companion on any journey, however difficult; a voice that speaks of the need to mind the gap, and then move on…
Posted by Justine Picardie at 16:41

I was so glad to see your post today, Justine. Having recently discovered your blog via dovegreyreader and gathering that you are going through a very difficult time, I am full of admiration for you carrying on with your writing here. I have some inkling of the turmoil you are feeling and send you my heartfelt sympathy. Keep nagging yourself that you deserve to be happy and that you won't let the bad thoughts win! I am keeping my fingers well and truly crossed for you.

I do think that reading about journeys whilst your on one is a very good idea. Elizabeth Bowen's works always serve to intruige me in the way with the way she writes about people and complex relationships - I love 'The Last September'.
Thanks for writing about this Justine - I've got a lot of journeys in the next few weeks, this sounds ideal!

Thelma, thanks for your message. Hard to keep the bad thoughts at bay, but am trying to do so. I'm not sure if my writing here makes any sense, but I do know that I'm part of a greater community here...
Oxford Reader: enjoy your journeys!

Sounds intriguing...I am not planning on traveling any time soon, so I may have to add this to my armchair-traveling to-be-read pile.

Other things I like to read while traveling: Umberto Eco's "How to Travel With a Salmon" (a book of essays, including essays about eating in flight, drinking coffee, what to read on holiday, and yes, traveling with a smoked salmon) and Italo Calvino's "If On A Winter's Night a Traveler." I never travel without one of these two books, in addition to A Room with a View and The Master and Margarita. Even if it's just for a weekend.

Sending you love and light at this difficult time.

Vintage Reader: thanks so much for your comment. And yes, it's a beautiful cover, isn't it? I always think of the book when I am driving up what used to be the Great North Road in London...

PS. Am going to do some research in France for my new book, so will be away for a couple of days.

I hope your research allows you time to have a little fun, too. Have a great trip!

I have a lot of travelling in my immediate future, so once I am done planning the trips, I am looking forward to sitting back and reading travel books, so I got several books to add to my growing TBO list at Amazon.

Hope you have a good time Justine, and that you find what you are looking for in France

Oooh I havent heard of this before and it sounds really interesting, I shall have to pick up a copy of this. I am going to read your Daphne first though (hopefully over the weekend) I am a bit of a Daphne fan so very excited.

The cover alone makes me want to rush out and buy this book.

When travelling back to work tonight I walked onto Victoria underground station and there, across the lines was a huge poster for Daphne- prime position as it was opposite the entrance to the platform. I hope it helps boost your sales.

The website http://www.mustvisitindia.com/is one of the best travel and tourism related site; check out the travel directory section of the site that contains comprehensive travel resources to guide you in your search for the ultimate travel destination.

The Hogan is a great style in multiple colors. Sleek in style, these soccer Hogan scarpe donna offer plenty of comfort and support. With synthetic leather uppers for durability and support, these great Hogan scarpe uomo also come with a synthetic lining for comfort. With an EVA insole for comfort and die-cut EVA midsole for lightweight comfort, these great Hogan uomo also come with a textured patterned outsole that will keep you gripped on those surfaces in that indoor field!

At ROUTE 66 you can find a huge selection of the entire ROUTE 66 DVD new releases at amazing, discount prices. It can be hard to keep tabs on everything that hits the shelves, so we make it easy for you by featuring the best newROUTE 66 DVD COLLECTION movies that you should consider purchasing and watching at home.