Bibliotherapy: what to read when you're seeing red 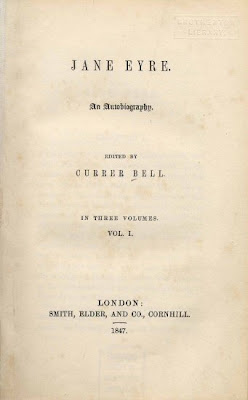 If ever a novel demanded re-reading, it is ‘Jane Eyre’, given how often it has been misread as romance; for whatever else it is (passionate, gothic, religious, contrary), it is also an angry book, spilling over with full-blooded rage. We tend to remember the famously quiet first line (‘There was no possibility of taking a walk that day’) and misremember the last line (‘Reader, I married him’); forgetting that this is the opening sentence of the final chapter. The actual ending isn’t about domestic bliss, nor is it uttered by Jane Eyre, but by preachy, priggish St John Rivers: ‘Amen; even so come, Lord Jesus!’

In between these two seemingly well-behaved lines – written by the Charlotte Bronte made famous in Mrs Gaskell’s biography; the devout, quietly spoken clergyman’s daughter, an angel in the parsonage – emerges a far more furious voice. And despite Bronte’s own apparent obedience to a conventional idea of Victorian female propriety – a dutiful teacher at Sunday school; a late marriage to a curate – ‘Jane Eyre’ suggests something more subversive; that rage might be healthier than its inward-looking alternative, depression.

Jane Eyre has good reason to be both angry and depressed from the start: an unloved and unhappy orphan, she must live with her heartless aunt, Mrs Reed, and her bullying cousins. After one of them throws a book at Jane, her head is left bleeding; but when she retaliates, in a different rush of blood to her head, her aunt orders that she be locked in a bedroom as punishment (evidence that female solidarity isn’t necessarily what it should be). The walls of this room are red, yet it is a cold and dark place, where Jane’s uncle died nine years previously.

Alone in the red room, Jane screams out, terrified that her uncle’s ghost will return there; but on hearing the child’s cries, her aunt orders that the punishment be lengthened: ‘and it is only on condition of perfect submission and stillness that I shall liberate you’. Jane collapses into unconsciousness; when she wakes, she sees ‘a terrible red glare’. Defiant, she feels ‘the strangest sense of freedom, of triumph… as if an invisible bond had burst’; and thereafter it is rage that propels her forward, proving that silent goodness isn’t always the best way out.
Posted by Justine Picardie at 12:55

I first read 'Jane Eyre' nearly twenty years ago. When I finished the book I used it (it was a hardcover edition) to press and dry bleeding-heart flowers between the fly-leaves, which I collected in a small box and kept until they crumbled into dust, years later.

Every so often I read it again, and find, as I do with every book I reread over the course of some twenty years, that it takes on a new shape, reveals something different, each time I return to it. I wonder what I will discover about 'Jane Eyre' this time around?

I used to press flowers, too, inside a floral encyclopedia. I don't know what became of the book, or the dried flowers within it.
As for rediscovering Jane Eyre with each re-reading: its anger is what struck me this time round...

I will reread 'Jane Eyre' after I finish 'Dusty Answer,' which has just arrived in all its circa 1975 Harvest paperback glory. The cover has those fantastic semi-silhouette images of a man and a woman and lettering so popular at the time.

I remember being told that the fire images in Jane Eyre symbolised her anger and passion. I find that I can reread it and am still captivated by it every time. I think the reader's own mood often influences how we see a book . I am not suggesting that you are angry !!!!!!!!!!!!!

This post is wonderful (they all are). I realized I had never actually read Jane Eyre, only seen a million movies of it. Looked on the bookshelf, there it was (whew!) opened it, saw "Haworth 1973" written inside. I had bought it while working on an archaeological dig in York (first trip abroad) during college. The house and moors came flooding back as I began to read. What a magnificent plucky voice she has. And then there's the red! Thanks again for your post.

How wonderful to rediscover a book written in Haworth, bought in Haworth, and waiting for you all these years later.
As for anger: well, I think Charlotte Bronte was very cross when she wrote Jane Eyre (feeling thwarted by life as a dutiful Victorian daughter, perhaps; and longing for her voice to be heard). But as it happens, I'm feeling quite content, on a sunny afternoon in Scotland, admiring the view from a house where Henry James visited. I can feel a blog coming on...

Do you like reading Henry James ? Do you have a favourite ?

Love Henry James. Favourites: Turn of the Screw; Portrait of a Lady. Blog to follow...

I shockingly still havent read Jane Eyre though this will change, am thinking its a good Christmas time books for some reason, this year. Especially after reading The Taste of Sorrow by Jude Morgan which made me want to time travel and meet all the Bronte's.

When I actually managed to read Jane Eyre (after years of watching adaptations) I was struck by its pious nature. I know Charlotte set out to prove to her sisters that a 'good' heroine could be as interesting as a 'bad' one, but to me, inbetween the flashes of interest, there was just a woman preaching. I've changed my mind of late (now I know more about Charlotte), and there is a lot of anger running through the book (and a lot of blood, come to think of it!). I'll have to read it again, I can see!

This is one of the first "grownup" novels that I read. I asked my brother, 11 years my senior, to recommend a book for me. He pulled JE off the shelf, and I was swept away. The version I read first had wonderful woodcut drawings that still chill me.

Much as I enjoy the Jane-as-governess part, I think I liked the story best when Jane was young--I remember vividly the red room scene as well as Helen dying at Lowood.

I think it's no surprise that JE was written in first person.

Thank you for this post. I am just about to reread Jane Eyre and I cannot wait to see how my perception will be of it this time. xx

A two-act ballet of Jane Eyre was created for the first time by the London Children's Ballet in 1994, with an original score by composer Julia Gomelskaya and choreography by Polyanna Buckingham.

Breitling Navitimer Unveils Chronomat 01 Diamondworks Watch.The prominent watchmaking house Chronomat Evolution has surprised Chrono Superocean faithful admirers by launching a spectacular jewelry watch named Chronomat 01. The exciting Breitling Avenger novelty is an elegant successor of the Chronomat timepiece issued by the brand in spring 2009.
This Christian Louboutin color can be matched with any of your clothes to create the right look. This pair is part of the Christian Louboutin Pumps collection. This Christian Louboutin Boots collection boasts of high quality designer Christian Louboutin Sandals in very affordable prices.
Of course, these stores will have a limited selection of Coach handbags that you will find to buy. If you want to have a wider Coach Gallery selection and not have to drive somewhere just starts shopping online. The Coach Legacy Outlet is the best place to start shopping for your handbags. Stay at home. Just type in the little information needed and in a few days you will be enjoying your brand new Coach Madison that will have you looking very stylish and fashionable from the time you take it out the box.